Stephen Roberts joined the McTague Law Firm as a Partner in January of 2010. He attended the University of Windsor where he received his LL.B. Stephen is one of only eleven professionals in Ontario certified as a Specialist in Workplace Safety and Insurance Law by the Law Society of Upper Canada. Stephen assists employers with WSIB audits, and advises employers regularly on their obligations under the Workplace Safety and Insurance Act, the Human Rights Code, and the Employment Standards Act, including advice on return to work, accommodation and severance of employment issues.

Sean White is a director of wealth management and the branch manager of the ScotiaMcLeod Windsor Office. A graduate of the University of Windsor, Mr. White has been a financial advisor with ScotiaMcLeod since 1999. For almost a decade, Mr. White served in various roles on the board of the Art Gallery of Windsor and the Windsor Regional Hospital Foundation finance committee. He is currently a board member and treasurer for the Ontario Arts Council in Toronto. A lifelong resident of Windsor, Sean and his wife Jennifer live in Lasalle with their two children Abigail and Nolan. He is very excited to become part of the Windsor Cancer Centre Foundation and assist his community in the battle against cancer.

Sandra is a graduate from the University of Windsor with a Bachelor of Arts in Communication Studies and a minor in English Literature and a Post Graduate Certificate in Public Relations from Humber College. She is the Director of Marketing Operations with Caesar’s Windsor. She is happy to offer her marketing experience and enthusiasm and is truly honoured for the opportunity to serve on the board.

Theresa King is a Financial Advisor with Edward Jones. She has had her practice in the Belle River area since 2006. She has also held a variety of roles for the company’s regional leadership team. Prior to joining Edward Jones, Theresa worked for Union Gas in their finance dept. Theresa is also involved with the Elder College in teaching educational workshops in finance and estate planning. She has also served on the Belle River BIA as a board member for 5 years prior to stepping down in the spring of 2016. Theresa and her husband David Richards live in the Belle River area. She truly enjoys helping people and is honoured to serve as a board member. 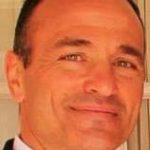 Mike started with Canada Trust in 1992 as a part-time teller while attending U of W. Between 1994 and 1998 he made gradual moves in positions as an Account Manager. He took over as District Manager, Business Banking until 2004 when he then moved to CIBC in the role of Senior Business Advisor. Since 2007, Mike has been with RBC focusing on Health Care Practitioners.

Mike is involved with many community organizations and committees. 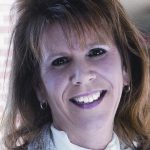 Colleen is a graduate of the Master of Arts in Healthcare Leadership from Royal Roads University in Victoria, British Columbia. She also holds an active professional designation of Certified Health Executive through the Canadian College of Health Leaders. Colleen’s career has been dedicated to the Windsor Regional Cancer Program (WRCP) starting from front line roles to a member of the WRCP Senior Leadership Team. Colleen has had operational responsibility in systemic therapy, pharmacy, palliative care, psychosocial oncology, out-patient clinics, clinical trials, patient relations/communications, patient experience, patient education, data/information technology, project management and most recently as assumed the role of Regional Director in Erie St. Clair LHIN for cancer related services. Since 2014 she has been a member of the NCCE Board of Directors and has specialized training in palliative care (LEAP and EPEC-O) as well as LEAN Six Sigma.

After 30 years, working towards improving cancer care for our community is something that Colleen holds near to her heart. She has had immediate and extended family experience the cancer journey and is dedicated to reducing the burden of cancer and improving the experience for those who needing cancer care in our healthcare system.

Monica began her career as a registered nurse until her consulting work with Pediatric Advanced Life Support and her interest in law lead to becoming a Medical Legal Consultant and Lawyer Associate. In 2010, she became the Director of Patient Relations/Legal Affairs at WRH, until her appointment in April 2015 as Regional Vice President, Cancer Services, WRH and ESCRCP.